Deaf Poets’ new single “What Am I To Do” is available now on iTunes, Spotify, etc — check out the Miami New Times review of their set at Endless Summer:

Headlining the bill once again were Miami alternative rock duo Deaf Poets, who also premiered their new single, “What Am I to Do.”…Deaf Poets, who hover somewhere between Death From Above 1979 and the Whigs, paired the friendly faces of Sean Wouters (guitars/vocals) and Nicolas Espinosa (drums) with some very aggressive and hard-hitting garage rock.

Brightest Young Things premieres Deaf Poets‘ music video for “What Am I To Do” — the single, out now, will be on their forthcoming full-length album, out later this year through Smallish Music Group. 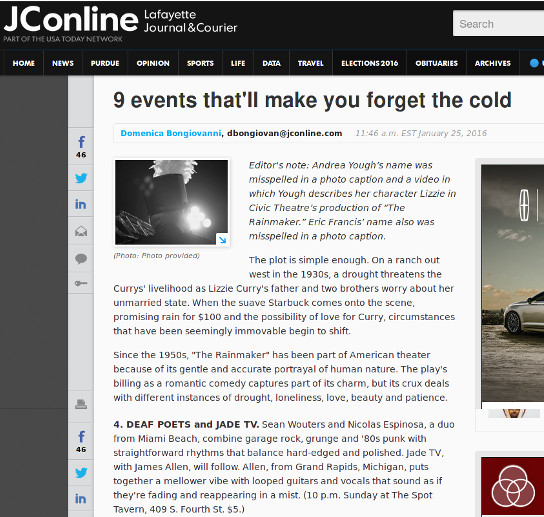 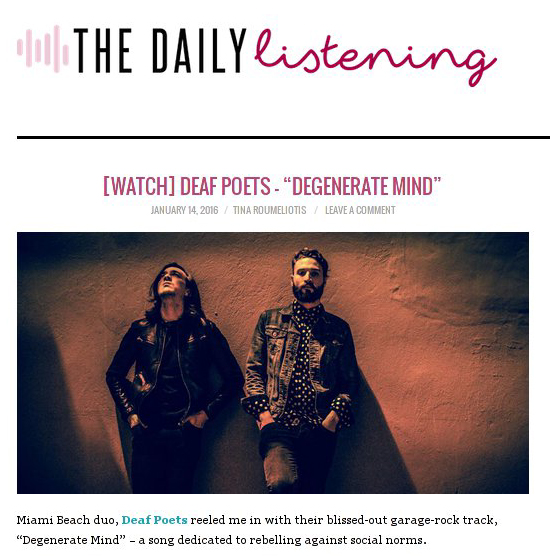 “Miami Beach duo, Deaf Poets reeled me in with their blissed-out garage-rock track…”

Thanks to We Heart Music for sharing Deaf Poets‘ tour dates. 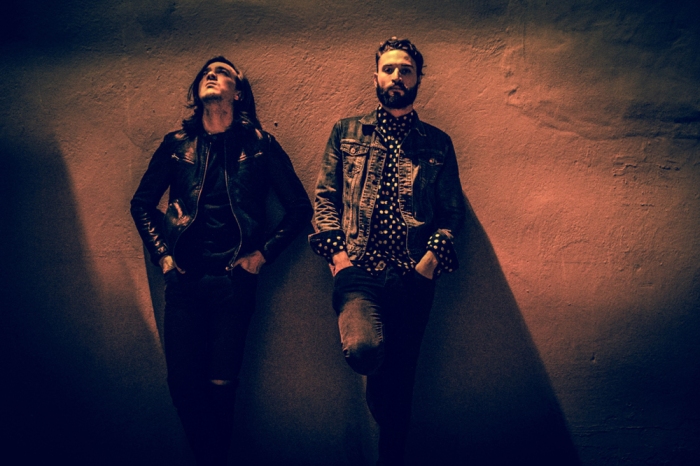 “In a city dominated by hip-hop and EDM, it’s tough for a band to cut through all the noise — even when it’s rocking out at 11 with buzzing guitars and hard-hitting drumming. Truth is, it takes songwriting chops and an engaging live show to snag the Magic City’s attention, no matter how loud you crank the amps. Duo Sean Wouters and Nicolas Espinosa have hit on the perfect combination of aggression and craft. Wouters, a Miami Beach native, and Espinosa, an Argentine who moved to Miami as a kid, met in elementary school and have spent years finding a musical groove together. Since 2009, they’ve played as Deaf Poets, bringing together garage rock and grunge for an oddly ’90s yet contemporary sound. The pair just wrapped up a small U.S. tour around the South and parts of the Midwest to celebrate the release of their debut full-length, 4150, an album featuring plenty of indie-rock goodness in cuts such as “Can’t Breathe” and “This Pain.” And with smaller indie labels always eying South Florida for the next big thing (see Surfer Blood and Jacuzzi Boys), it’s only a matter of time before someone picks up these guys. This is exactly the kind of racket that’s worth tuning out the DJ.” – Miami New Times, Best Band of 2014