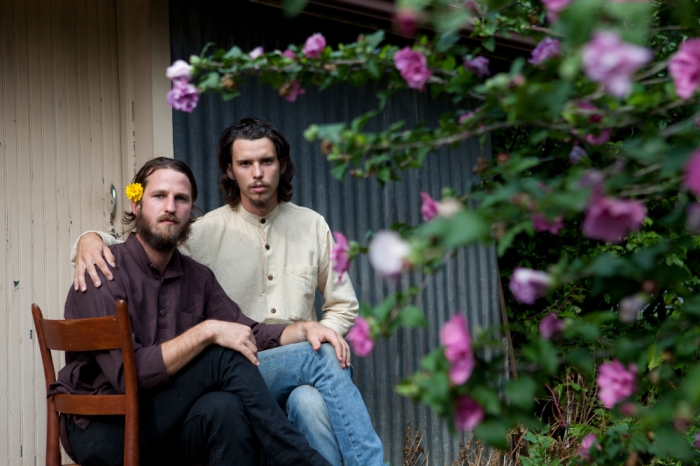 BIOGRAPHY
Illiterate Light is an indie rock duo coming out of the strange house show and social justice communities of Harrisonburg, VA. Singer/Guitarist/Bassist Jeff Gorman and Drummer/Singer Jake Cochran met in 2010 at a Flaming Lips concert and quickly jumped into the local music scene together, splitting time between organic farming and touring with several bands by bicycle. Formed in the summer of 2015, Illiterate Light was shaped using the confines of the duo line-up to push new creative avenues of expression; Gorman and Cochran shift from producing a huge rock sound to quiet and off-beat moments of vulnerability at the drop of a peach.

Their self-released sophomore EP Earthworm unites ideas of non-duality and liminal space both sonically and lyrically: spaced out reverb-laden vocal harmonies over steady rock drumming, dynamic shifts from tight to loose and big to small, and lines such as “Why do we only see either/or, black or white, good or bad, red or blue, me or you, ain’t it time that we move on.” They’ve spent the last five months touring Earthworm along the East Coast, Midwest, and Southeast.