Other than losing my dongle daily or Siri misunderstanding my song request, it’s amazing how effortless it is to listen to “Pink and White” by Frank Ocean several times a day whenever I want…Convenience is wonderful, but vinyl is powerful.

Check out The Vinyl District for Extravision’s thoughts on the vinyl renaissance in this First Date feature. 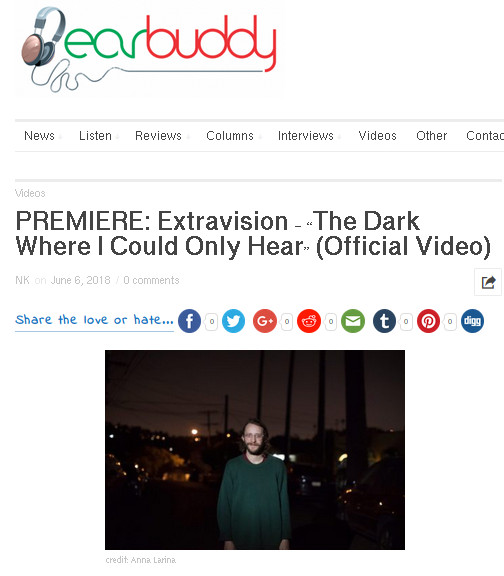 With Extravision, Stier creates sprawling, psychedelic songs that utilize 12-string guitar, synthesized drone loops, drum machines, and warm electric guitar. Extravision recently released its debut album, Waking Up, where Stier explores themes of death, overcoming fears, and beautiful simplicities. Today, Earbuddy premieres the music video for the album’s longest song, “The Dark Where I Could Only Hear”. It’s a journey that lasts over seven minutes, but it’s definitely one worth taking.

Treble premieres the new music video from Extravision, calling it “…a heady, disorienting haze of classic rock sounds and space-rock layers, somewhere between Spiritualized and The War on Drugs (and a touch of Phosphorescent), with some disembodied child voices and electronic drones.” 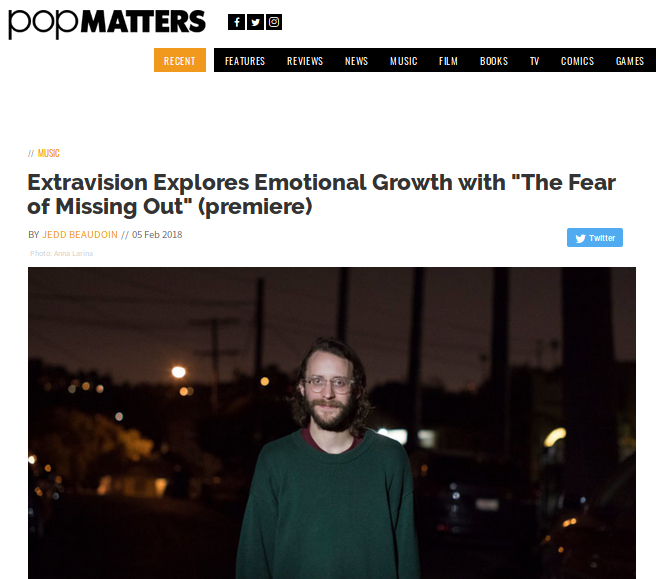 PopMatters premieres Extravision’s newest single “The Fear of Missing Out”!

I began to focus on big-picture realizations I was having…such as…recognizing and overcoming conditioned fears I had built up for my first 28 years. This song came from wanting to think about death in a pleasant way, what I imagine might happen when we die and realizing that everyone in my life, friend and enemy, is important in my growth as a human.

Extravision is preparing to release their debut album Waking Up on February 16th!

Like much of the album, ‘Moments of Clarity’ is about death. Biologically, it’s important to fear death and to dial in survival. Spiritually, I began to realize that death is a healthy thing to think about and that it will be okay to have been forgotten, “to become dirt and give back while there is time.” This song is an ode to letting my mind wonder what the hell is going on here, and to remind myself that everything will be okay, whatever it is. — Extravision

Some Distant Light is out this Friday on Hibernator Gigs, but you can stream the whole album now! 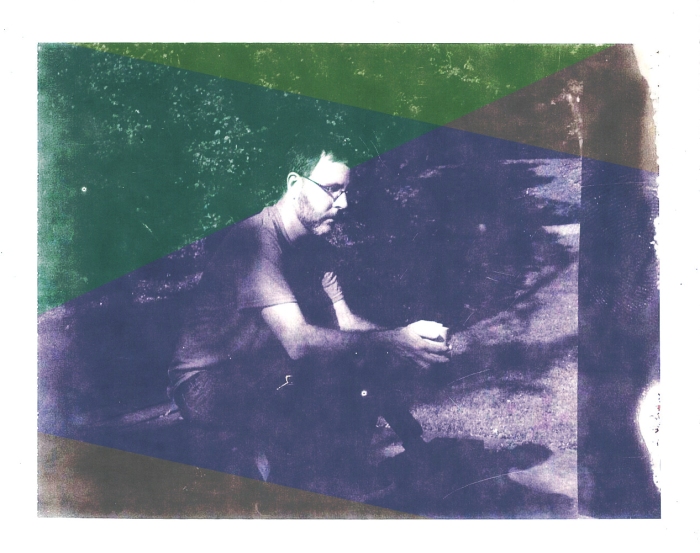 Brightest Young Things premieres the new single and music video for “Nearly Perished Before,” the lead single off Some Distant Light, the forthcoming debut album from Columbus, OH’s Cryptids After Dark, set for release from Charlottesville label Hibernator Gigs on December 8th!

“We like anything that reminds us of a Wes Anderson movie…[‘Nearly Perished Before’] features found objects, green screen adventures and old photos for the ultimate mind-blowingly DIY experience. It’s a fun one.”

…an ever-changing style & sound design that mixes the mysterious with vibrant & ambitious experimentations of audio & all out presentation… haunted art houses extend the energy & artifices held over from All Hallows’ Eve decorum where Midnight Opera gathers like enlightened specters to celebrate the emergences of a full new moon to light up their night. 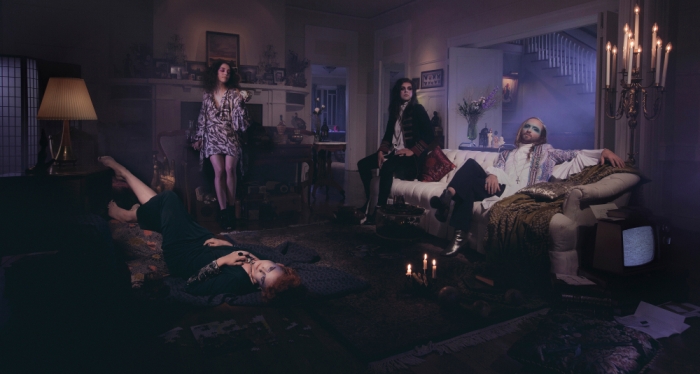 Gollay premieres their new music video “Built For Love” + Rachel Gollay discusses her love of vinyl with The Vinyl District!

Moon Palace premiere their s/t debut album today! Stream the full release over at Vents Magazine and pick it up tomorrow from Plume Records! Release show in Seattle at Chop Suey on October 24th.

“Filled with sulky and haunting vocals, every song feels as its own. A perfect record for those who enjoy Warpaint or Bat For Lashes.” 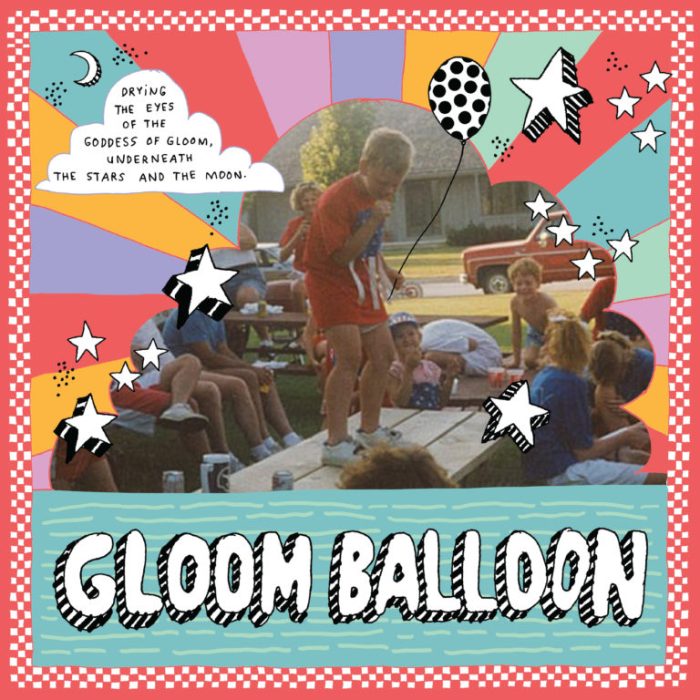 Gloom Balloon premieres the music video for “The Shit You Put Me Through” today! Check it out over at Treble and pick up the new album, out now on Maximum Ames Records:

“…a string-laden pop tune that nods to ’70s era pop, with lots of orchestral grandeur”

“…The Sour Notes brightest pop melodies where a multitude of up-bubbling feelings rise up like a team of butterflies that spring out from the center of the human spirit in song.”

Stream the song and check out the interview with The Sour Notes’ Jared Boulanger on the song’s origins, the current Austin music scene, and forthcoming album Darkest Sour, coming November 24th.

The Des Moines Register‘s Matthew LeimKheuler sat down with Patrick Tape Fleming to dig into Gloom Balloon’s epic new album, Drying the Eyes of the Goddess of Gloom, Underneath the Stars and the Moon, out today on LP/CD/DL from Maximum Ames Records:

Fleming set out on his latest record, Gloom Balloon’s “Drying the Eyes of the Goddess of Gloom Underneath the Stars and the Moon,” to pen a timeless letter of life and love to his son, Nilsson, who turns 2 in January. The ambitious, 14-song effort takes you through a 40-minute journey of thoughtful theatrics.

Iowa Informer reviews the new album from Gloom Balloon, Drying the Eyes of the Goddess of Gloom, Underneath the Stars and the Moon (Maximum Ames Records):

One of the things that Patrick Tape Fleming does perhaps better than anyone is to write confessional songs that are heartfelt, but not whiny, contrived, or full-on emo. In fact, at times he’s just downright hilarious while confiding in you about heartbreak, and this ability is fully on display on the second full-length Gloom Balloon album. 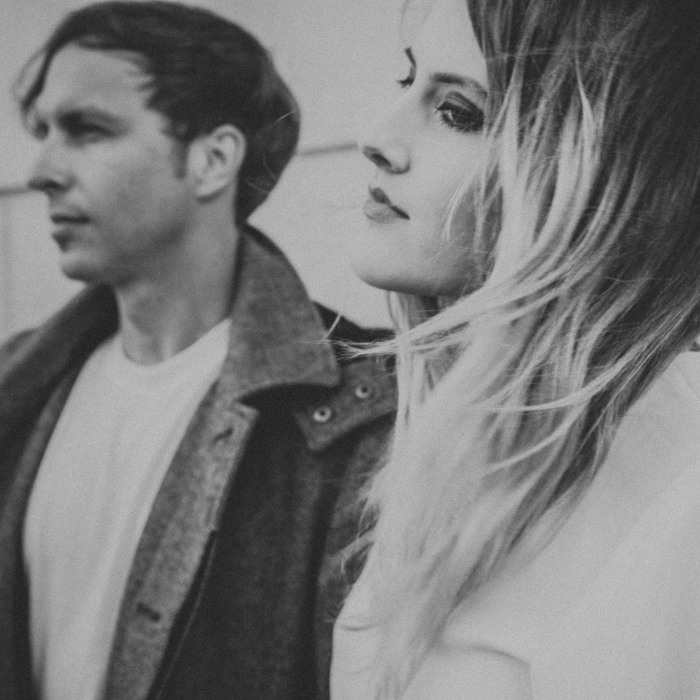 Vents Magazine is premiering Starover Blue‘s Moneystealer in full — stream the EP and catch them on tour now!

The Slowdown release their new “space-ghetti western” record, Summer.Snow. today! Check out the interview they did with Flatland.

The Slowdown‘s new album Summer. Snow. is streaming in full today at 90.9 The Bridge. Stream it today — available everywhere tomorrow!

Spill Magazine premieres The Slowdown‘s new single in advance of their forthcoming album Summer. Snow. coming out this Friday on LP/CD/DL.

THE TEMP AGENCY publicity
Create a free website or blog at WordPress.com.