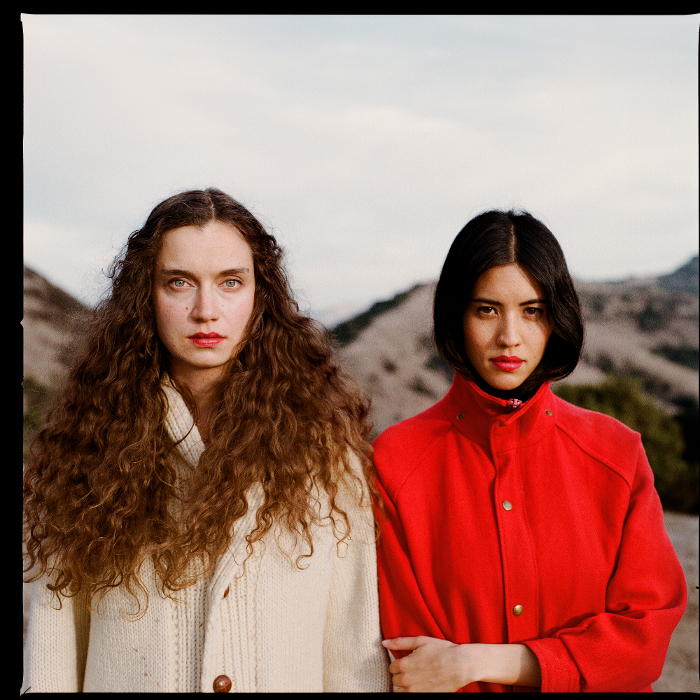 The band’s first album, The Living Room, was recorded on a four-track in Sarah’s living room and self-released on cassette tape in 2010. Sam Berman joined on drums in the spring of 2011, and the trio released their follow-up album Valley in 2012.

Simon says of the album:

Dusk is our fullest, most layered recording to date. It’s still super warm and heavy on harmonies like our previous album Valley, but there’s more drums and bass, and it has some really special contributions from Bill Patton on pedal steel, Lena Simon (of La Luz, Kairos) on percussion, keyboard, and backup vocals, and Morgan Henderson (of Fleet Foxes) on flute and stand up bass. We were making a concerted effort to write songs that were more lively and optimistic, but ended up on the dark side from time to time, as we are prone to do. We had a range of moods to work with, so we organized the songs in an arc from sunrise to sunset: the album starts off on an upbeat note with “You And I” and ends up with the sleepiest, darkest song “Dusk”. It’s a funny sort of return to our roots – writing dark love songs. But the album is also very much about reckoning with growing up, moving on, staying put or letting go – and there’s both lightness and darkness in that process.