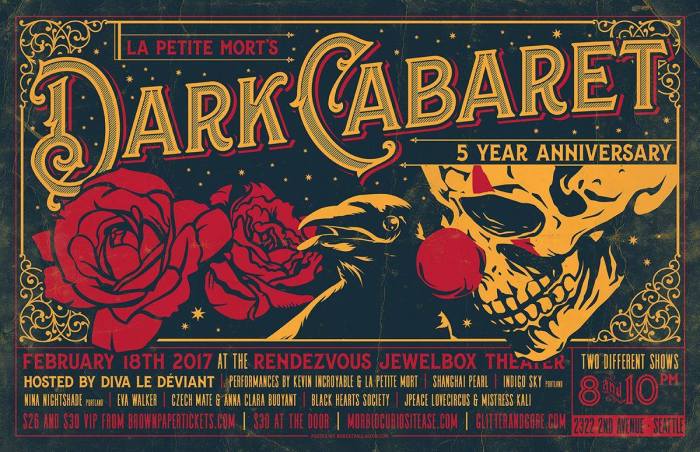 It’s the 5 year anniversary of La Petite Mort’s Dark Cabaret. Initially, the Dark Cabaret started to highlight more variety and a higher caliber of performer. La Petite Mort set out to pay more than the average show and offer a feel of opulence. Eventually, it became more theatrical in nature and began appearing in larger venues. The anniversary show will take the Dark Cabaret back to its roots, with two unique shows, one at 8pm and one at 10pm. Two lineups with different acts will be hosted by original hostess Sasha Summer Cousineau aka Diva le Déviant. 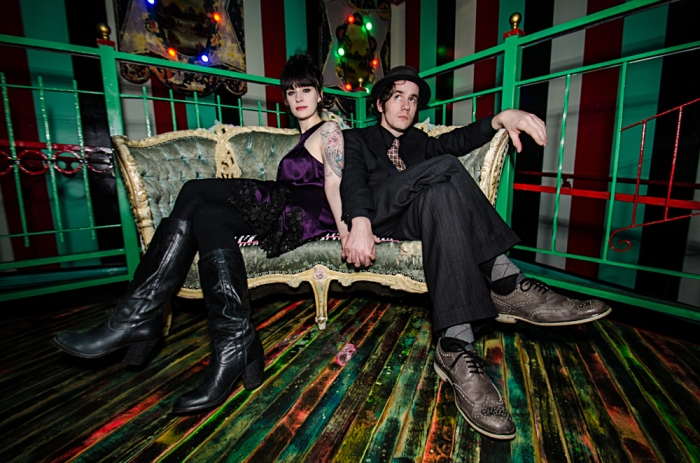