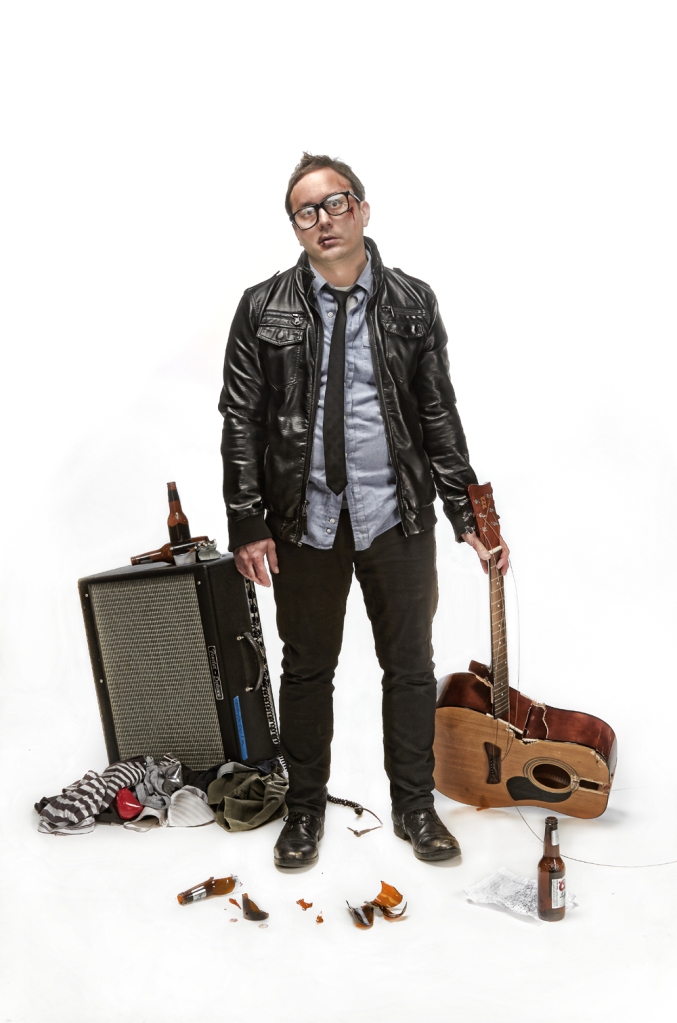 At its most tangible, Pacifico exists in the world as an audible collage; a musical patchwork slowly pieced together by a revolving door of both established and roaming musicians, each adding a unique, artistic inch to the project at hand. But if you didn’t know any of that, you might label it as the surprisingly well-rounded solo project of one musician: a guy named Matthew Schwartz.

In all fairness, Pacifico started out as a proper band back in 1999, with Schwartz steering as primary songwriter. Though the mainstream was mostly unfamiliar with the term “indie” in ’99, the future independent music revolution had all but hit the ground running in tight-knit music communities nationwide. Originally based in Atlanta, Pacifico was born in the right place, with impeccable timing to boot.

Even on their turn-of-the-century debut EP, Still On Hold, Schwartz demonstrated a knack for writing surprisingly melodic and heartfelt anthems, sporting the kind of hummable chorus riffs that linger in the mind for days on end. Produced by Matt Goldman (Copeland, Underoath), the EP earned Pacifico a locomotive momentum in the indie rock wave that washed into the next decade. In 2001, the band released a split EP — the first release of then-indie band Copeland, in fact — leading to a string of tour dates nationwide, as well as having their work featured on FUSE and MTV.

The busy schedule and frequent travels proved too much for everyone but Schwartz, unfortunately. By 2006, his fellow bandmates had officially backed out of the project. In many cases, such a departure means the last encore for a band, but the silver lining showed when the Pacifico catalogue was picked up by Allalom Music, an independent record label out of Oregon. The same year, the label funded and distributed Pacifico’s first full-length album, Anthology — a retrospective collection of recordings, produced by Mark McClusky (Weezer) and Jeremiah Edmund (Manchester Orchestra).

In 2008, Schwartz took on the daunting task of releasing new material without a band, resulting in Facedown EP — five stripped-down recordings performed entirely by Schwartz, all instruments included. He pulled it off, but he was aware that recording a full-length album by himself would be an entirely different story. Unwilling to give up his life’s work, he called in some backup before the next round in the studio, leaning on the network of musicians he had befriended over the years.

“I just started calling friends of mine, asking if they wanted to play an instrument behind me,” he recalled. “I never tell them what I want them to do, really, and that’s what makes Pacifico so fulfilling to me — I’ve always wanted this to be something that everybody I know can be involved in. This way, they all can add to what I’m doing in their own way; the music is so much more because of it.”

The sessions resulted in Thin Skin and an Open Heart, a full-length released by Allalom in 2009, produced by Jason Martin of Starflyer 59. The collaborative, no-strings-attached scenario was far more laid back than the former commitment-heavy band arrangement, and Schwartz enjoyed it so much that he never looked back — even when Allalom Music shut down operations a year later.

Without the support of a record label, 2010 was a challenge. Pacifico’s future faced what can be the biggest show-stopper in the independent music world: the cost of creating a record from start to finish. Ultimately, he decided once again that the goal was worth it, no matter what the cost.

Schwartz’s next album ushered in a new, almost post-modern era of Pacifico. Without Heroes, Pacifico’s first entirely self-funded album, was an effort that took Schwartz — as well as a ridiculous number of musical friends and collaborators — all of three years, four states, and five recording studios to patch together. Released on June 18, 2013 in a digital format with a limited vinyl pressing, Without Heroes is a concept album that guides us through an inspiring, yet occasionally heartbreaking tour of Schwartz’s personal hall of heroes. The songs celebrate real people in Schwartz’s life: the family and friends who, according to him, are responsible for every bit of music he’s ever created.

Perhaps in that way, the album serves to quietly underline the inclusive core at the heart of the Pacifico idea: it’s not just about Matthew Schwartz. The real weight of it lies in the awe-stricken, unashamed joy of sharing credit — and Without Heroes, as well as Pacifico’s long history in general, is Schwartz’s confession to the world that he couldn’t have gotten here without them. Moreover, it serves as proof that together, we are exponentially greater than the sum of all our solitary parts will ever be…especially when we all aim for the same target.