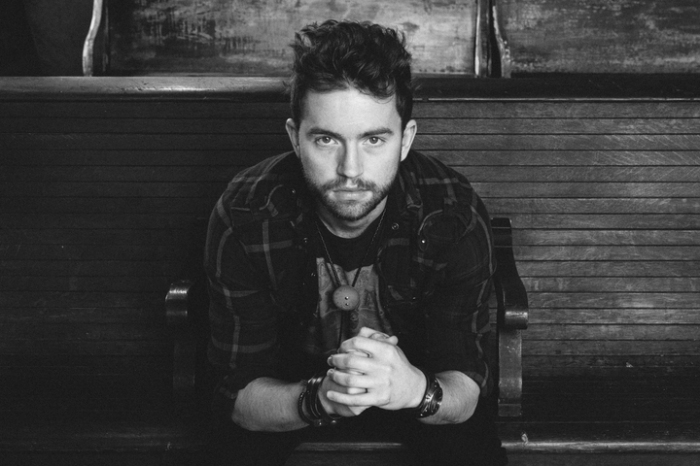 BIOGRAPHY
“My aunt brought me to Nashville for my 19th birthday. So I blame her for my uprooting,” says country singer/songwriter Trevor Brooks. The Waxahachie, TX native was enrolled at Texas Tech, but “the music I wanted to create wasn’t necessarily the type of country associated with Lubbock.” (Although, Brooks is quick to say, “Lubbock has some very talented songwriters that I’m happy to know.”) Soon after his brief birthday trip, Brooks came back to Nashville to stay. “Moving to Nashville helped me discover the kind of artist I wanted to be and, more importantly, the kind of artist I did NOT want to be. Learning from the musicians and writers in town has helped me grow more than I could have ever imagined two and a half years ago.”

His mother and grandmother made big impacts as well. “Besides my childhood (and still very much adulthood) obsession with Backstreet Boys,” Brooks half-jokes, “my mother has been the true inspiration to my musical taste.” She kept a steady rotation of Vince Gill, Kenny Chesney, Martina McBride, Rascal Flatts and Dixie Chicks around the house growing up, while Brooks’ grandmother gave him an understanding of the impact of strong vocals and their importance in carrying the emotional weight of songs. “My grandmother has one of the most angelic, beautiful voices I have ever heard. I grew up hearing her sing in church and couldn’t get enough of it. To this day it brings tears to my eyes hearing her sing.”

But lest one thinks there was an abundance of pickin’ and grinnin’ around the house, Brooks is quick to clarify that there was none. When asked if he had a musical upbringing, he answers “If by ‘musical’ you mean an instrument playing, jamming around a living room, old pianos in the bedroom type of family, then absolutely not. We are more of a sports family. But don’t get me wrong, “he quips. “I suck at sports and tend to break bones each time I try to play.”

Trevor Brooks didn’t spring from the womb singing either. “I was actually a very self-conscious child that kept my voice and feelings to myself. I knew there was a way to get my feelings out, aside from my normal late night kitchen chats with Momma. That turned into lyrics. Which slowly turned into music.” Lyrics have always been Brooks’ entry point for songwriting. “To be completely honest, when I moved to Nashville in 2012, I had notebooks filled with lyrics, but had never even written a song.”

In the two and a half years since he arrived in Nashville, the songs haven’t stopped flowing. Writing his own songs and collaborating on others’, Brooks (now a graduate of Belmont​ University​) nearly always uncovers his songwriting ideas during his frequent morning runs. His lyrics developed into the songs that would become his debut album, Lonely At Its Finest, recorded at Alive Studios and set for release this summer.

Strongly influenced by the lonely tales of Souvenirs-era Vince Gill, as well as by David Nail and Keith Urban, plus a bit of The 1975 and Sam Smith (“Sam has brought back sad music and I am so thankful for that!” says Brooks), the debut relays its own sadness and heartbreak. “Each song is a true story of past relationships and friendships, and each story molded this album. When it comes to relationships, I feel as if I’ve been told ‘no’ a lot – at least, that’s the part that I remember,” reveals Brooks. “I tend to remember the ‘no’s’ and the leaving parts more than anything.“ 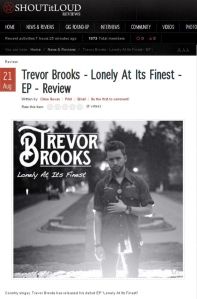 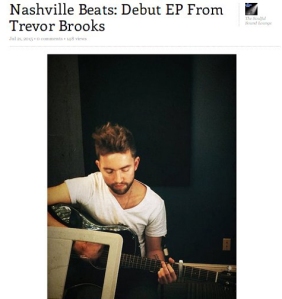 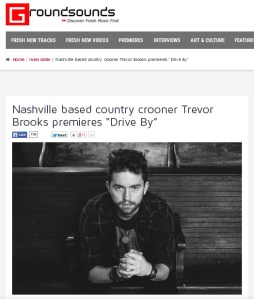