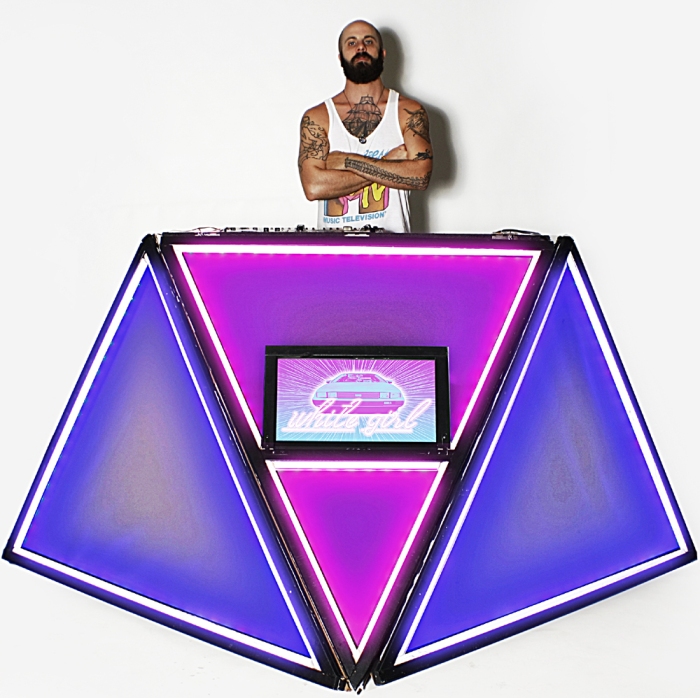 Live photo set by Sid, Too Much Rock

BIOGRAPHY
Fresh off an appearance at Dancefestopia, headlined by R3hab, DVBBS and MAKJ among others, and after peaking at #8 on Reverbnation’s national electronica chart (hitting #1 in his native Kansas City), White Girl is heading out for a fall tour in support of his forthcoming 7” “M.E.T.R.O.R.O.C.K.” b/w “Cocky,” engineered and mastered by Martin Bush and Jeremy Wilson, and out November 4th on vinyl and digital formats through Nice, Nice Records.

White Girl has held residencies at some of Kansas City’s best venues, including MiniBar, The Beaumont and The Foundry, plus nearby Replay Lounge (Lawrence, KS, home of the University of Kansas), drawing comparisons to Passion Pit, Temper Trap and M83, and fusing influences including Prince, Beach Boys, New Order, Hall and Oates and Stevie Wonder. White Girl takes his dance party full of fog, lights and projections throughout the U.S. Midwest in November. 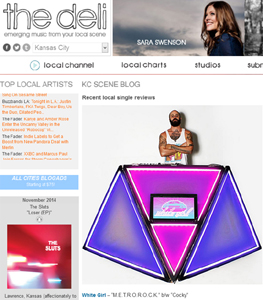 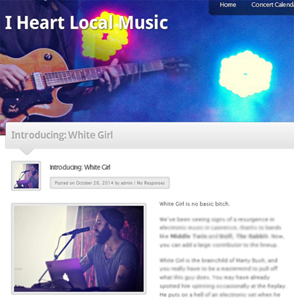 “The upcoming 7-inch has a genre-shifting A-side in “M.E.T.R.O.R.O.C.K.,” which moves subtly between Kavinsky-style vocodered electronics and big, shimmering guitars; the B-side, “Cocky,” is a full-on 1980s jam. Taken together, the single is as breezy as Bush means it to be.” – The Pitch

“In one of the most striking transformations on the Kansas City music scene in recent memory, Martin Bush has completely reinvented himself. Once a prominent metallic punk rocker, Bush is now a dance music guru. Operating under the moniker White Girl, Bush makes industrial electronic music.” – KCUR

“You really have to be a mastermind to pull off what this guy does…Bush creates his own special brand of electro and techno that could really get the masses moving. The one-man-band sings through a series of vocal effects over a flurry of his own electronic noises. The songs have a solid structure and should really turn some heads in this town. Additionally, his presentation is phenomenal. He sits atop of some sort of glowing space ship he put together, constantly enveloped in fog and lasers while projections play on a large screen next to him. It’s a neon, electronic, 80′s dance party to the max, and there’s no shame in enjoying these maneuvers.” – I Heart Local Music

“White Girl is the brain-child of Martin Bush. The single: “Don’t Fear the Creeper” features Keenan Nichols of THE ARCHITECTS for shredding some serious guitar and Ryan Bates of Waiting for Signal for bringing the awesome voiceover skills in his role as THE CREEPER!!” – Wednesday Midday Medley

“White Girl piqued my interest immediately. The four-piece’s warm up involved a lot of deep, resonating notes and the set-up of a projection screen.” – Midcoast Station

“Although White Girl is a new name in the Kansas City synth pop scene, frontman Martin Bush’s defunct Audiovox project laid the band’s foundation years ago. The difference is simple – Audiovox attempted to fuse rock with electronic beats, White Girl is only interested in motivating the dance floor” – Too Much Rock