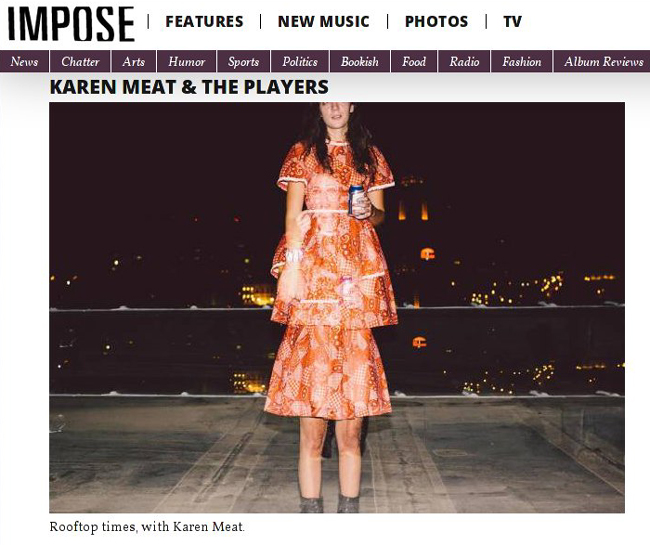 Karen Meat and her crew of Players and Computers provide the minimalist audio, and visuals for the “Pizza & Beer” video that involves a mess of PBRs, Miller Lites, Budweisers, and delivery pizza, and a predominately fixed camera on a tripod. The self-aware states of eating too much, and drinking too much are explained in a kind of honesty heard in the manner of west coast style indie girl rock that can be heard from the Southern California coasts, through the Bay Area circuits, and to the north left scenes of Seattle. The song on the surface has a catchy and funny mode while there is an autonomous statement that lies beneath the slacker-like minimalism. The law tables of attraction and affection are overturned with an autonomy mission that says ‘take me as I am’ in the lyrical, and conceptual subtext, heard loud and clear by the final tongue in cheek line,”I’ll get really thin, maybe you’ll like me then”.